Despite being one of the Internet’s oldest forms of marketing communication, email is very far from dying out according to the latest Email Marketing Benchmark Report from Experian. In fact, email marketing appears to be alive and kicking with increased volumes, stable engagement rates, and the introduction of innovative kinetic content techniques, suggesting an exciting future for the email channel.

This quarterly benchmark report highlights significant trends and key performance indicators across six industry sectors including business products and services, consumer products and services, and media and entertainment. The Q4 2016 edition of the report reveals some interesting trends, which will bring encouragement to those involved in email marketing.

Year-on-year email volumes rose across the board by an impressive 14 percent, suggesting that the channel is still seen as an important marketing tool. The size of the increase varies across verticals, with publishers and travel, for instance, showing increase around the 30 percent mark, while business products and services showed an increase of less than three percent. Consumer products and services had a year on year increase of just less than 10 percent.

Overall open, click, and transaction metrics were broadly similar to those experienced in the same quarter last year, while revenues per email where up both on a year-on-year and previous quarter basis comparison. Those stats did though disguise some interesting trends in individual industry verticals.

The report also revealed some interesting trends in the ways we are opening and viewing emails.

Email opens on mobile are catching up fast with desktop, while clicks from marketing messages have begun to outpace those on our PCs. At a time when smartphone usage is soaring, particularly amongst the younger generations, this is of major significance to email marketers looking to target consumers on the move.

While responsive design delivers emails in a format that can be read easily on any device, CTAs generally require the user to click away to a website or landing page to get more information. That puts a potential barrier in the way as busy consumers scan the ever-increasing number of messages they receive on a daily basis.

Kinetic emails offer marketers the opportunity to stand out from the crowd, engaging with the user by allowing them to explore options and make choices without ever having to leave their inbox.

The potential for kinetic emails is highlighted in the Experian report, which compared the results from similar kinetic and non-kinetic mailings sent by seven different brands. The results showed that with kinetic emails unique click rates increased by up to 18.3 percent, while click-to-open rates increased by more than 10 percent. Although from a relatively small sample, those are impressive results by any measure.

Kinetic designs vary in complexity, ranging from the simple introduction of visual elements, to higher-level carousel and gaming features. The report highlights the importance of taking a strategic, well-planned approach to ensure that kinetic emails are right for a brand and complement existing marketing strategies.

“Take baby steps to infuse kinetic elements and don’t overdo it. The entire email doesn’t need to be completely interactive. Think about what is going to get a consumer to take action and get to the next level. That way you are not straining your creative and technical resources to create extensive kinetic emails that the consumer will open but never really understand.”

Far from being pushed to one side by the disruption created by a proliferation of new marketing channels, email continues to evolve as an essential tool for the vast majority of brands and marketers. Healthy volumes and the prospect of increased engagement from innovations such as kinetic design suggest that is a situation that looks set to continue.

You can find out about the latest trends and more at the Experian Q4 2016 Email Benchmark Report (registration required).

Has your recent experience matched the positive picture that the report suggests? Have you been exploring the use of kinetic content in your campaigns? I would love to hear about your views on the future direction of travel for email marketing. 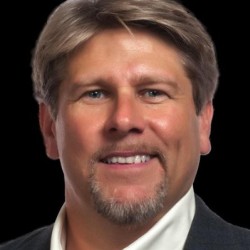 Shawn Elledge
Shawn’s expertise in digital marketing technologies began when he became aware of performance measurability issues of direct mail and began working on systems to combat those issues. He leveraged and honed his expertise, working for a series of leading marketing technology providers including Exacttarget (now Salesforce.com); Web Side Story (acquired by Omniture, now Adobe); Magnify360; and Eloqua (now Oracle).