It’s common for owners to want to pass on the sales activities (and headaches) to someone else. Having a robust sales team—whether it’s one person or ten—can be a key ingredient for successful agencies, and an agency sales playbook is an integral part of the process. Why? There are two things you have to keep in mind:

1) As the head of your organization, you will always have some sales responsibilities—and that’s the way it should be.

You care more than anyone else, and you likely have the reputation, conviction, and authority that no one else in your organization does.

You might get that, but you also have to understand that:

2) If you just hire a salesperson, point them at a list of potential clients, and say, “Go get ’em!”… there’s a good chance they will fail, and an equally good chance your organization will struggle.

Without a sales playbook, you are sending them out blind, expecting them to just figure things out on their own, which is rarely a recipe for success.

When expanding to bring on salespeople, most agency owners think that when they hire a salesperson, he or she will ride in like a knight on a white horse and save the day—and they don’t really want to be involved in the process. They want to “delegate by disappearing,” so they can work on the other parts of the business—and probably things they enjoy more than selling.

In reality, there’s a lot of work that goes into preparing your salespeople for success, both before and after you hire them. Unfortunately, most leaders don’t put that work in for one of the following reasons:

They Don’t Like Sales. To many agency leaders, sales is still a four-letter word. Many business owners didn’t start their firms because they like to sell. Owners will often put in the minimum effort until they can get someone else to do it. In this situation, when the selling gets outsourced it’s rarely successful because there is little to no follow-up attention.

They Sell Through Internalized Enthusiasm. Many successful agency owners are good salespeople—but they have no idea why. A combination of reputation, enthusiasm, charm, and internalized social skills has allowed them to be successful at getting business and keeping customers happy. In the short run, that’s perfectly fine. But when someone doesn’t know what is driving their success it’s hard to replicate it intentionally. That kind of selling is also fairly difficult to scale.

They Don’t Have a Process. No processes often means chaos. And chaos is what happens when owners approach every customer engagement differently. What is chaos? How about contact info, marketing materials, and sales documents spread over random spreadsheets, CRMs, and Slack channels, or worse, stuck in the head of a senior leader. It’s exhausting to reinvent value statements, service offerings, and pricing every time a new prospect enters the picture. In these situations, there’s no foundation to build upon, which leads to a lot of wasted effort.

So, what should agency owners do in any of these situations? That’s where a Sales Playbook comes in. Let’s take a look.

Why Create an Agency Sales Playbook?

Just like your agency has systems for creating client deliverables, paying your employees, and hiring your team, success in sales relies on having a system for how your business sells—I call that a Sales Playbook. When you are ready to hire a sales team (or even if you just want to make your efforts more efficient), the first thing you have to do it create a documented, repeatable, scalable sales process—that’s your Sales Playbook.

What are the benefits of an Agency Sales Playbook? There are many—

With an Agency Sales Playbook the Process is Documented. The sales process can’t live in the head of the founder, VP of sales, or sole salesperson—it has to be written out. Your sales playbook can be in a physical binder or digital folder. It doesn’t matter if it’s beautifully designed or a collection of rough Word documents. What’s important is that you have a single reference point that can be used for training and guidance over a long period of time. That’s how you prevent everyone from constantly reinventing the wheel.

With an Agency Sales Playbook the Process is Repeatable. If the current sales process is incredibly idiosyncratic and changes based on who is doing the selling or who is doing the buying, it’s not actually a process. The important question is: Could a new person pick up the Sales Playbook and follow along? That doesn’t mean that every situation is going to be the same. Every prospective client will have their own particular needs and every salesperson will have their own style, but the foundation should remain constant.

With an Agency Sales Playbook the Process is Scalable. If you have to heavily customize your approach to each and every prospect, you aren’t going to be able to grow and scale the business. Likewise, if your sales process requires a lot of specialized knowledge to complete, it will be hard to find salespeople. You want the process to be accessible to a wide range of salespeople. Can you duplicate your sales playbook and give it to all of your salespeople? Absolutely! Even if you only have one or two salespeople now, your team could eventually grow and the Sales Playbook should be one of your sales team’s most valuable assets, and something that everyone on the team can access and use.

How to Succeed? Just Get Started

The most important step in creating a systematized sales process that’s driven by an Agency Sales Playbook is making a commitment to getting started. It’s easy to get caught up in the daily minutiae of selling to the prospects that you have in front of you, but if you don’t pop up from the tactical in the short-term, you’re never going to get to the strategic in the long-term.

You don’t have to do it all at once, even documenting parts of your sales engagement here and there can help move you forward. Consistently adding and expanding your Agency Sales Playbook will create a useful program in your agency faster than you think.

Most importantly, making this a priority, and giving your sales process the strategic attention it deserves will pay dividends for you and your agency, now and down the road.

The original version of this article was first published on Agency Management Institute. 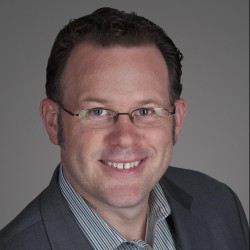 Dave Fisher
David J.P. Fisher (also known as D. Fish) is a speaker, coach, and author of seven books, including the best-selling Hyper-Connected Selling and Networking in the 21st Century: Why Your Network Sucks and What to Do About It. Building on 20 years of experience as an entrepreneur and sales professional, he combines nuanced strategy and real-world tactics to help professionals become more effective, efficient, and happy.

David’s goal is to help business owners and sales teams understand the new landscape of hyper-connected selling, where social media, networking, and old-school sales and communication skills are the key to providing value and staying relevant. He lives in Evanston, IL – next to a huge cemetery which helps him appreciate the value of every day. Follow him on LinkedIn and Twitter.