Considering 85 percent of people hate their jobs, it’s no surprise that plenty of us are looking to change career paths. For many, though, shifting direction to an entirely new career remains a pipe dream, and we plough apathetically on in our unfulfilling industries. But it doesn’t have to be this way. If you’re thinking of following your heart and finding a satisfying new career of your own, here’s everything you need to know about securing that all-important fresh start.

It’s much easier to pull off what is known as a career “pivot” rather than to completely change career paths. Pivoting involves finding a position, perhaps similar to your current role but with important differences, that you are ideally suited for.  An advertising copywriter, for example, will have the requisite wordsmithery to take on a position as a journalist with fairly minimal training.

Even if you would rather change career paths completely, because you might desire to work in an entirely different sector to the one you currently work in, it is highly unlikely that you have developed absolutely no relevant transferable skills over the course of your career. Identify your core transferable skills and look for roles that will let you use them. Of course, there are the traditional transferable skills such as “motivation” and “initiative”, but after working for a long time, you will have more concrete skills. This could include working in an office, using Word, Excel or other programs to a professional standard, and analytical or creative thinking.

If you want to change career paths, you have to apply for new jobs. But even once you have narrowed down your options to an area of industry you want to work in, you may still struggle to market yourself to potential employers in that field. This is especially true for those moving into more of a niche area with rules and practices seemingly all of its own.

If this is the case, it’s advisable to enlist the services of specialist or niche recruiters. Those seeking SAP careers, for example, should consider registering with a recruiter like EurSAP, specialists at finding work in Europe’s thriving SAP sector. If you have broader tech-based aspirations, there are options for you too. Salt Digital Recruitment, for example, help people get hired in tech-related jobs more generally.

Not only will recruiters like these have all the latest job openings for their relevant sectors, but they’ll be able to help you present yourself as a candidate that potential employers will want to see. They’ll know better than you about what to highlight from your pre-pivot career, and what there’s less of a need to emphasize.

Though specialist recruiters can be highly effective, networks might be even more so. It has long been thought that up to 80 percent of jobs are unadvertised, either filled internally or by someone a current employee knows and recommends. For this reason alone, having a wide and healthy network is essential to change career paths, no matter which industry you are moving into.

While much of your network might be made up of colleagues or former colleagues from your current professional sphere, it’s possible that you will also have connections who work in the area you’re planning to move into. There are a number of ways you could take advantage of these connections. The first is to simply ask for advice: how did they get into what they do? How do they suggest you do the same? Perhaps more effectively, you could directly ask them if there are any jobs available that they think you could be eligible for. This way, you may find yourself filling one of the thousands of jobs that go unadvertised each year.

4. Remember not to Rush

No matter how exhausted you are with your current career path, you have to remember not to rush when you turn onto your next one. No matter how closely you follow the three steps above, you’re still likely to face rejection — as you would with any job search. It’s important not to become demoralized, and to stick with the job-hunting process until it pays off. With luck and determination, you’ll be one of the 15 percent who don’t hate their jobs in no time.

The original version of this article was first published on Future of Work. 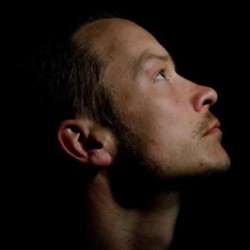 Simon Davies
Simon Davies is a London-based freelance writer with an interest in startup culture, issues, and solutions. He works explores new markets and disruptive technologies and communicates those recent developments to a wide, public audience. Simon is also a contributor at socialbarrel.com, socialnomics.net, and tech.co. Follow Simon @simontheodavies on Twitter.